Minifarm in the town | minifarma@minifarmavemeste.cz

On Friday, 24 April, our farm turned into a fantasy valley peopled by fairies and elves under the rule of the Winter Queen, who had ejected the Spring Fairy. That is why we had to find the Fairy and rescue both her and fairies and elves’ Tree of Life.

Mother Earth herself was not powerful enough, so she had to summon all the fairies and elves to help her. And many of them came indeed! On our quest we also helped the Autumn Fairy and met the Spring Fairy to whom we helped to make up for the mess the Naughty Imps had made in the countryside. In the end, we found the frightened Spring and returned together to the valley. The Winter Queen was still full of strength and awaited our arrival in the valley of the fairies and elves, nonetheless, we joined forces and used a powerful spell to rule her out of the kingdom. Finally, the Spring Fairy returned to rule over the Nature. The Tree of Life was also resurrected thanks to her and all the other fantasy creatures. We used this story to show the children different aspects of the nature and to explain that it is necessary to help and protect it. Their reward was not only the nice memories from this day they would keep, but also a piece of the nature itself, as we gave them a seed which they would look after at home. Everybody was happy, satisfied and relaxed and, eventually, we all tasted the delicious food prepared by the fairies and elves. Nobody wanted to part and go home. We are looking forward to meeting again! 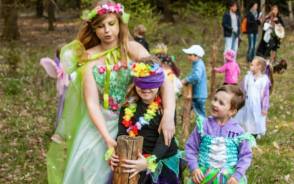 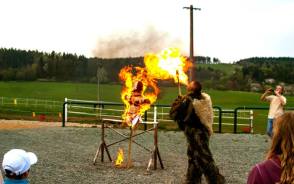 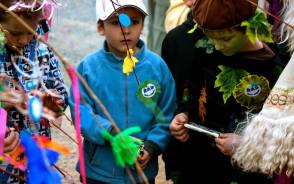 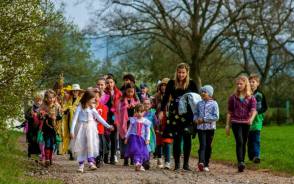 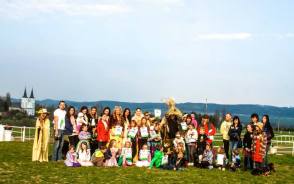 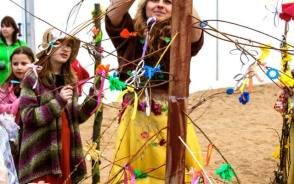